It is quite a funny name of a suburban part of the capital city. Something like under which rifles.. weird! We do not know why it has this name. But it will be part of a new residential zone. We tried to create mixed environment with lots of local shops, cafes and a lot of greenery. We created concentrated park, full of pine trees typical for this part of Slovakia and the edge of mountains called Malé Karpaty. Green space is formed by composing smaller apartment buildings and it encloses them. It is like living in the middle of a small forest with a lot of squirrels! Due to the regulation, it was possible to create a large amount of mass, which we distributed into as many smaller objects as possible while still remaining cost efficient. 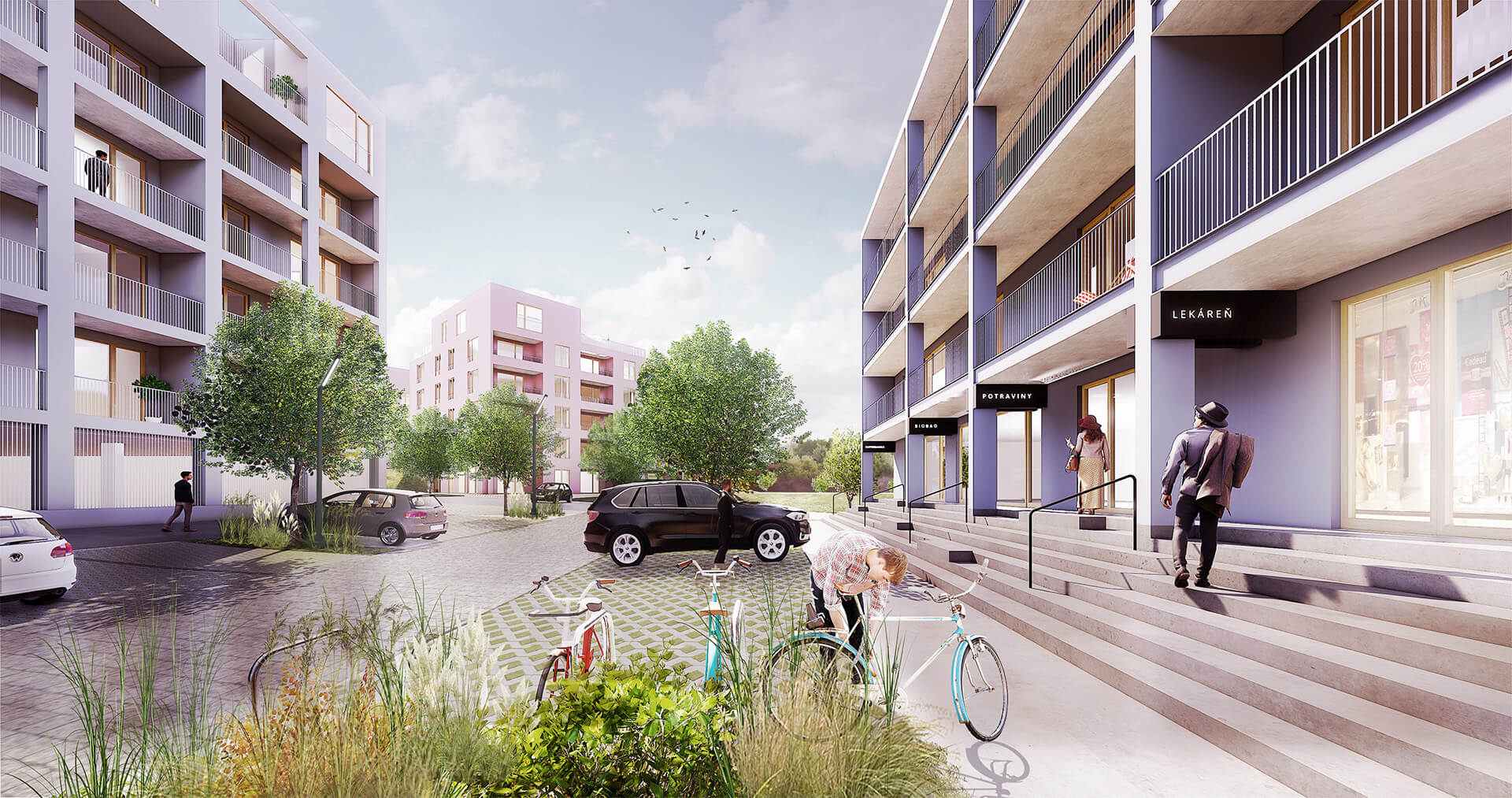 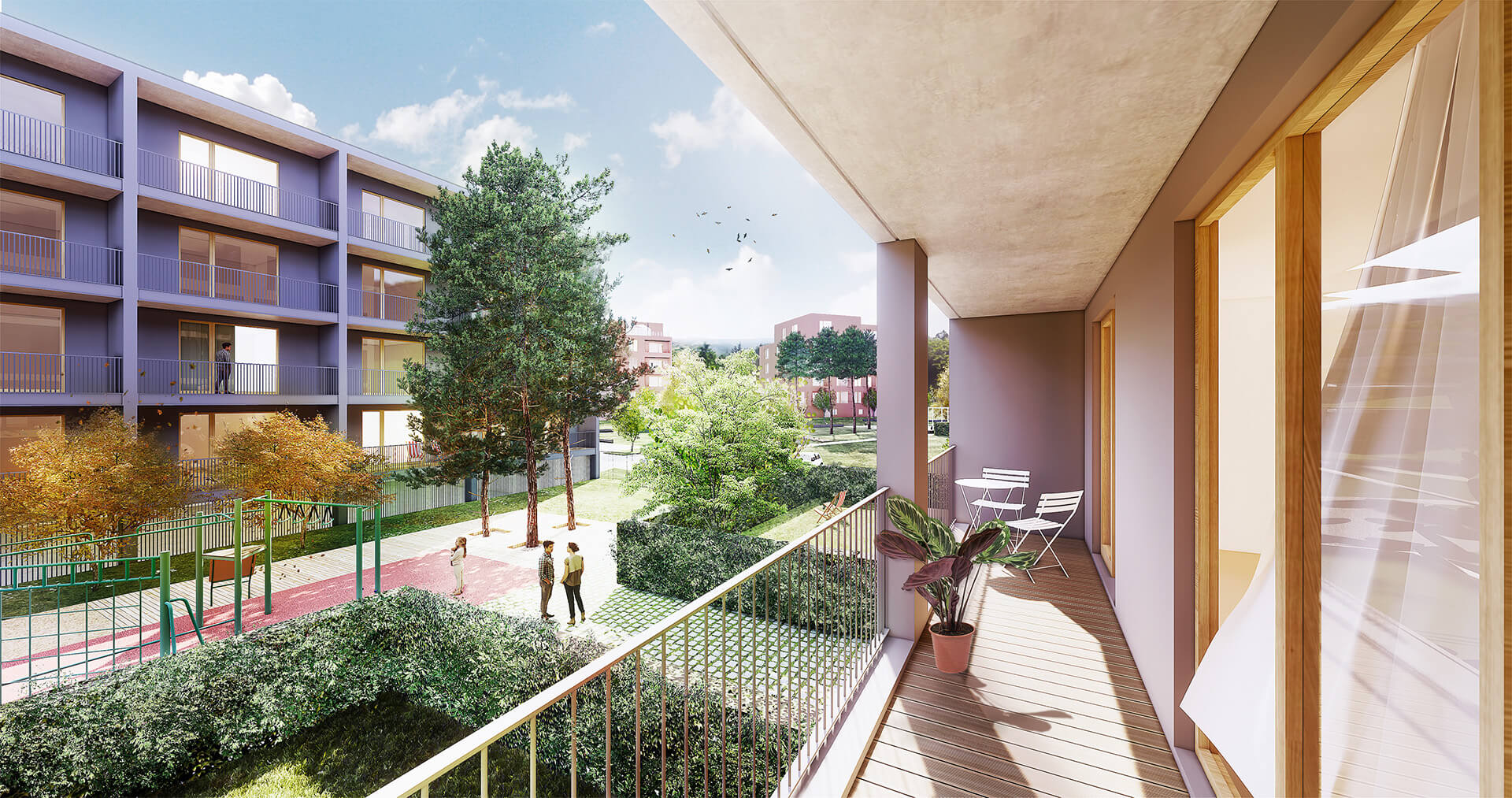